RADNOR, Pa., May 12, 2022 /PRNewswire/ — NRx Pharmaceuticals, Inc. (Nasdaq: NRXP) (“NRx Pharmaceuticals”), a clinical-stage, biopharmaceutical company, today announced that the first patient has been enrolled in one of the two psychiatry studies that it plans to initiate this year: this first trial is studying patients with bipolar depression and sub-acute suicidality (not requiring hospitalization).  In the second half of this year, NRx Pharmaceuticals expects to initiate a Phase IIb/III registrational trial in patients with bipolar depression and acute suicidal ideation and behavior (ASIB), which requires hospitalization of the patient.  The U.S. Food and Drug Administration (FDA) previously awarded Breakthrough Therapy Designation for NRX-101 for this last indication, based on positive Phase II data that the company submitted.

NRX-101 is an oral, patented, fixed-dose combination product of D-cycloserine and lurasidone.  D-cycloserine exhibits partial NMDA receptor antagonist activity at specific dosages.  Both components are approved drugs that are not scheduled, as available data has not shown potential for abuse. This is important – as substance abuse can be of great concern when treating individuals with a psychiatric disorder, and especially when they are in a suicidal state.  It is estimated that approximately 2.8% of Americans live with bipolar disorder, and up to 4% of adults will be affected by bipolar disorders over their lifespan. 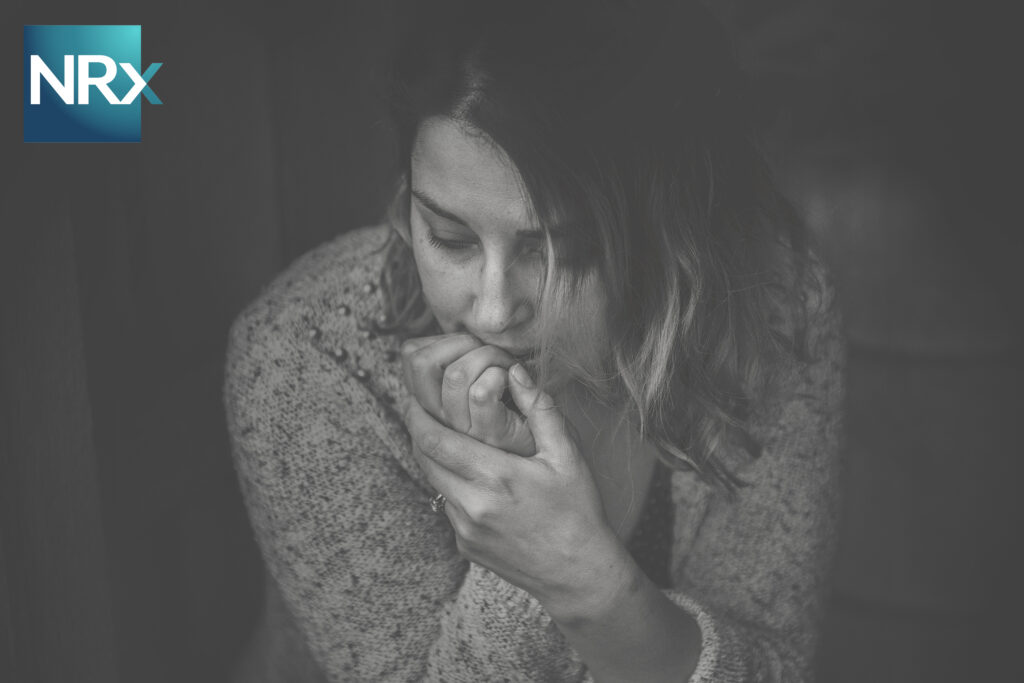 “The risk of suicide is very high in the bipolar population, specifically during the depressive phases.  Epidemiological data indicates that 50% or more of individuals with bipolar disorder will have either suicidal ideation or a suicide attempt over their lifetime, and between 12-20% succumb to suicide.”, said Robert Besthof, interim CEO of NRx Pharmaceuticals.  “Current antidepressants may increase the risk of suicidal thoughts and behavior in certain patients.  With the development of NRX-101 we are committed to bringing a new treatment option to patients with bipolar depression that are also affected by suicidality.“

NRx Pharmaceuticals, Inc. (Nasdaq: NRXP) (“NRx Pharmaceuticals” or the “Company”) draws upon decades of collective, scientific, and drug-development experience to bring improved health to patients. Its investigational product, ZYESAMI® (aviptadil) for patients with COVID-19, has been granted Fast Track designation by the US Food and Drug Administration (FDA) and is in a Phase III trial for Critical COVID-19 patients which is sponsored and managed by the US National Institutes of Health. The FDA has additionally granted Breakthrough Therapy designation, a Special Protocol Agreement, and a Biomarker Letter of Support for NRX-101, an investigational medicine for the treatment of severe bipolar depression in patients with acute suicidal ideation and behavior (ASIB) after initial stabilization with ketamine or other effective therapy.

This announcement of NRx Pharmaceuticals, Inc. includes “forward-looking statements” within the meaning of the “safe harbor” provisions of the U.S. Private Securities Litigation Reform Act of 1995, which may include, but are not limited to, statements regarding our financial outlook, product development, business prospects, and market and industry trends and conditions, as well as the Company’s strategies, plans, objectives, and goals. These forward-looking statements are based on current beliefs, expectations, estimates, forecasts, and projections of, as well as assumptions made by, and information currently available to, the Company’s management. 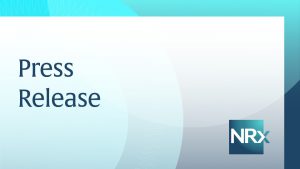