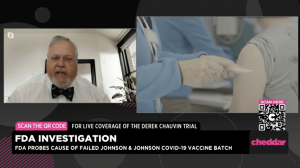 Dr. Javitt has played leadership roles in seven successful healthcare IT and biopharma startups with public exits. He has additionally led drug-development engagements for Merck, Allergan, Pharmacia, Novartis, and Pfizer. He was appointed to healthcare leadership roles under Presidents Reagan, George H.W. Bush, Clinton, and George W. Bush. In the latter role he was commissioned to lead the White House policy for universal adoption of Health IT and establishment of the Office of the National Coordinator. He is a graduate of Princeton University, Cornell University Medical College, Harvard School of Public Health, the Wills Eye Hospital, and Johns Hopkins Medical School. Dr. Javitt has published more than 200 scientific works in the areas of health outcomes and pharmacoeconomics that have been cited by more than 16,000 people.